Some Escape Artists Have Four Legs

I received an excited phone call from my two oldest grandchildren this week.  They each got a pet hamster.  Laken named hers Taylor and Cruz named his Charlie girl.  Both names are nice, but I like Charlie girl.  It has a vaguely 60’s, British sound to it that takes me back to my youth (Yes, I know that the Seekers were Australian, but Georgy Girl was a British Film. 🙂 ).

Hamsters can be fun and both our kids had several when they were young.  Kristin had one named Cinderella who ran in her wheel twenty hours a day and had leg muscles that looked like they belonged on a horse.  Brian’s second hamster was named Willy.  Willy was mis-named; we should have called him Houdini.

You have to remember that this was in an era before the plastic Habitrail type cages that are common today.  When Brian and Kristin had hamsters, the cage of choice was a cage made of wire bars.  Willy scoffed at the idea that such a mundane structure could contain him.  The longest he was ever captive was a three week stretch in 1977 when he was recovering from a previous escape where he had an unfortunate encounter with Dumbell, our cat.  We tried everything to keep Willy in residence, but somehow he always seemed to slip away.  Once however, he had an extended excursion away from home and therein lays a tale.

It was a Saturday afternoon in the spring of 1978, just a few weeks before Kristin was born.  I was getting a snack in the kitchen when suddenly I heard a loud thump coming from the ceiling, followed immediately by the creaking groan of nails pulling out of wood.  I dropped what I was doing and ran to the back door and opened it up just in time to see a major portion of our roof separating from the house and landing forty feet away in the yard.  We had been hit by what is euphemistically called a microburst.

Within minutes, our neighbors had converged on our home to help assess the damage and do what temporary repairs were possible.  In this case that amounted to covering our house with as many tarps as they could muster.  By the end of the day the roof had been replaced by a plastic and canvas cover that, while not very aesthetic would suffice to keep the weather out until I could put a new roof in place.  But, there’s a difference between keeping the weather out and providing a safe home for a pregnant wife and four year old son.  They had to go somewhere until the roof was fixed.

Somewhere turned out to be my Mom’s house twenty miles away, so after finishing with the tarps we packed up clothes and other needed items and Grandma came to whisk them away to safety.  Of course, Brian had his own list of priority items that needed to go along.

Unfortunately, when I went to get his cage, it was empty and Dumbell was sleeping next to it.  When I shook the cat to wake him up he raised his head and burped.  I took that as a bad sign.

“You mean he got out again?”

“Hmmm, yes, I think Willy got out.  Why don’t you pick out something else to take and I’ll keep an eye out for Willy while you’re gone?”

Being four years old, his disappointment was short lived and he consoled himself by deciding to take his Hot Wheels race track along to Grandma’s to fill the spare time he would have now that Willy was MIA.  We packed the race track in its box, threw the box in the trunk of Grandma’s car and away Linda and Brian went, leaving me behind to do permanent repairs on the roof.

Permanent repairs took a bit longer than throwing the tarps over the rafters did.  First we had to wait for the insurance check, then we had to get the materials and finally we had to build the roof.  All in all, it took about three weeks from start to finish before everyone was back home.  Soon after, Kristin was born, summer came and life moved on.

Shorty after that, my Mom stated noticing odd things happening in her car.  She found sugar packets in the glove box that had been opened and the sugar gone.  The same thing happened to the cheese crackers she kept there as an emergency snack.  Oddly enough, even a packet of my stepdad’s chewing tobacco had been opened and sampled.  She started locking the car, even when it was securely parked in the garage.

One day, my stepdad, Paul, got in the car and tired to fasten his seat belt.  When he pulled on the short end to get it ready to clasp, the metal buckle separated from the belt fabric and he found himself holding the buckle in his hand.  After looking at it closely he came to a conclusion which he shared with my Mom when he went into the house.

“I think one of those damn squirrels in the back yard is getting in the car somehow.  Look at this buckle.  Can you see all the teeth marks on it?” he said.

“Well that would explain a few things,” she said as she caught her fingernail on the gouges in the metal.

“I’m going to get my box trap out.  It’s time I relocated those pests.” he added as he stomped away.

A couple of more weeks passed and finally one day the late spring temperature got warm enough that Mom wanted to turn the car’s air conditioner on.  As she turned the knob and the air began flowing out of the vents she was showered with debris consisting of small pieces of fabric, foam stuffing, pieces of paper and what looked to be animal fur.  She turned off the air conditioner, bent over and peered into one of the closest vents.  I’m told that she didn’t scream.  I’m not sure I believe that because, peering back from the other side of the vent, was Willy, the missing hamster.  Apparently he had hitched a ride in the race track box and taken up residence in the car.

A few minutes later I got a phone call.  “I found your hamster; he’s in my car.  Please come get him,” she said in that mother voice that every son knows and fears. 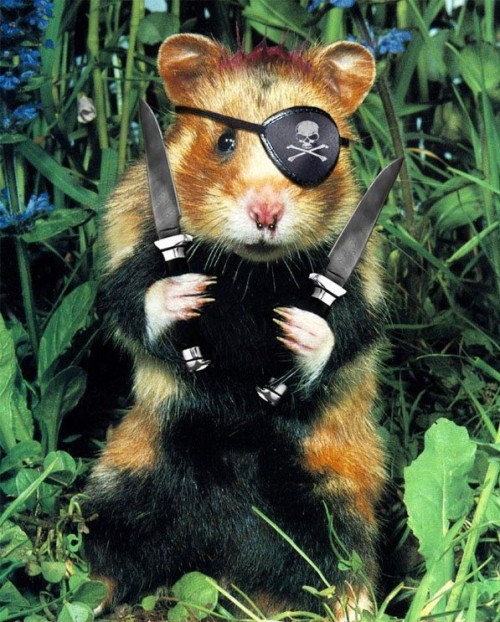 Thirty minutes later I was upside down in Mom’s car looking underneath her dashboard.

“I don’t know Mom,” I said.  “I can start taking things apart, but there’s a lot of nooks and cranny’s that Willy can squeeze into up there.  I doubt that I can catch him.  I think the best bet is to try to trap him.”

“I’ll get a few of those live catch traps.  Just try to keep Paul out of the car until Willy is in custody.  You know how he can get.”

The live catch traps didn’t work out very well.   Willy chewed the door off of the front, tipped them on end and ate the bait.  We went through six of them before I finally concluded that the only way to solve the problem was to fall back on a traditional mouse trap.  Knowing that Willy was her grandson’s pet, mom was a little reluctant.  But, she was also having trouble keeping Paul out of the car, so she was also desperate.  She relented.

One evening after work, I stopped by the house and slipped in to the garage unnoticed to set the traps.  I set five of them, three under the seats and two in the trunk.  I left feeling a little remorse from my plan but also some relief knowing that it would soon be over.  In the morning, Mom cautiously went to the garage to check the traps.  Each one was empty and the bait was gone.  Apparently, hamsters are brighter than mice.

I was out of ideas and told Mom that she had to give me some time to devise a new strategy.  Warily, she agreed, but reminded me that the clock was ticking and that sooner or later my stepdad would stumble upon the problem.  I began to research traps.

A couple of evenings later, Paul had an urge for an after dinner treat.

“Let’s go get an ice cream cone,” he suggested to my mom.

Into the car they went with my mother close to the point of hyper-ventilating.  As they pulled out of the garage and started down the road, my mom nervously scanned the car’s interior for signs of Willy.  She didn’t see anything amiss so slowly her blood pressure started to drop and the nervous feeling started to subside.  Then it happened.

As Mom was glancing towards the foot pedals she saw movement.  She looked closer and was stunned to see Willy running across Paul’s shoe.  My stepdad hadn’t felt the extra weight and continued down the road, oblivious to the intrusion.  Mom was frantic and burst out with, “Turn around.  I’m sick and we have to go home now.”

Paul did as he was told and Willy made it through another day undiscovered.  But, that was his last day of freedom in the car.  Mom knew that she had been given a one time reprieve and she had no intention of wasting the gift.  She was a woman on a mission now and nothing would stop her.

After Paul went to work in the morning, Mom went to the garage and opened up the trunk.  Then my fifty year old mother crawled into the trunk, with a plastic container in hand and waited patiently and unmoving for six hours until Willy made an appearance.  By her description, she saw his head peek out of the center hole of the spare tire rim and he warily looked around.  When he didn’t see any movement or sense any danger, he hopped up on the tire proper and stood up to survey the trunk.  By luck he looked left first, which was a mistake since Mom was sitting to the right.  As he looked in the wrong direction, Mom, with reflexes honed from years of cuffing me on the back of the head, slapped the plastic container on top of him.  Willy was caught.

The message was waiting for me when I got home from work.  It said simply, “I caught the hamster.”  When I arrived, Mom was sitting peacefully in the kitchen sipping a cup of coffee.

“In that container on the counter,” Mom answered.  “I poked some holes in the top so that he could get some air and I gave him some water.  I thought he might be thirsty.”

I walked to the counter and picked up the container.  It felt heavy, heavier than a plastic container with a six ounce hamster should feel.  Carefully I pulled back the lid and looked inside where I found Willy treading in water that was filled to within a quarter-inch of the top of the container.

“Mom, you could have drowned him.” I said.

“Really, do you think?” she answered while she smiled and sipped on her drink.

Willy lived another two years and got out many more times before old age finally took him in his sleep.  Every once in a while, when the light plays tricks and I see movement late at night, I think about him and wonder.  After all, he was an expert at escape.  Who’s to say he couldn’t figure out a way to come back.

P.S.  Did any of you notice the link at the top that leads to the “Free Book”?  Just thought you might be interested.

8 responses to “Some Escape Artists Have Four Legs”