It All Started With A Caramel Apple

Forty-eight years comes and goes in a heartbeat.  In the summer of 1973 I had just graduated from high school and needed a summer job before heading off to the University of Pittsburgh in the fall.  Jobs were scarce that summer, but just after graduation I was offered a spot at Conneaut Lake Park which, at that time, was one of the vacation destinations in the northeast. 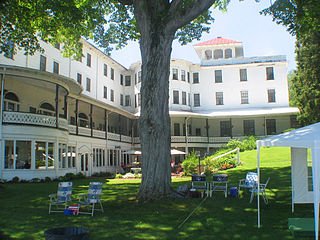 Working at an amusement park wasn’t exactly what I had in mind, but when you’re eighteen and don’t have many marketable skills, a job is a job.  Besides, the park gave employees free room and board, so I got to pocket most of the minimum wage paycheck.  Life could be worse.

I worked in the concession stands that summer and spent most of my time flipping burgers and pouring drinks.  But there was some cross training involved in the orientation process so, for the first few days, I bounced around from one area to another learning the ropes.  I started my first day in the part of the park known as Candy Land.  That was where they made and sold fudge, salt water taffy, candy and caramel apples, cotton candy and all other assorted food with sugar as the primary ingredient.  The park called it Candy Land because of the merchandise.  The male employees of the park called it Candy Land because it was, for the most part, staffed by girls.

Young men at that age are eighty percent hormone by body weight and I was no exception.  When I walked into Candy Land and got a glimpse of my fellow employees, I experienced something of a sensory overload.  The male nervous system is not designed to deal with that much stimulation in one burst.  I don’t think I actually passed out, but I’m pretty sure that I had to steady myself by reaching for a counter.  Each and every one of those girls was gorgeous.  I was like a kid in…well, Candy Land.

Before I go on, I need to explain the naming structure of CLP.  No one had last names there.  When we referred to someone, it was by their first name and where they worked. 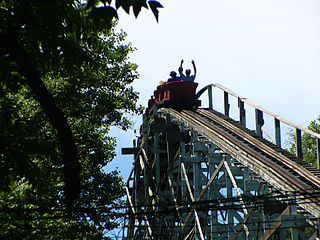 The park was filled with names like Suzy French Fries, Bruce Midway Stand, Sally Soft Pretzel, Kevin Wild Mouse, Lisa Blue Streak, Rock Candy Land (he was the only guy who was based in Candy Land…I don’t know who he paid off to get that job), and Tom Beach Club.  My name was Jerry Ride Stand because my permanent assignment was flipping burgers at the concession stand next to the Blue Streak roller coaster.  It was an odd system, but it made it easy to find people.

I spent that first day running the register at the front of Candy Land, delivering soft drinks and bags of salt water taffy to sugar deprived park visitors.  It was a harder job than it sounds.  This was before the days of electronic cash registers, so you had to do the math in your head.  That was easy if all they wanted was a soft drink and a candy bar; it was a little more difficult if a family of seven stepped up to the counter with a list of eighteen items.

Partway through that first afternoon, a guy walked up and ordered two things.  I’d been doing really well until then, but I guess I got a bit sloppy with my math because I under charged him by a nickel.  After he stepped away, I felt a gentle tap on my arm. 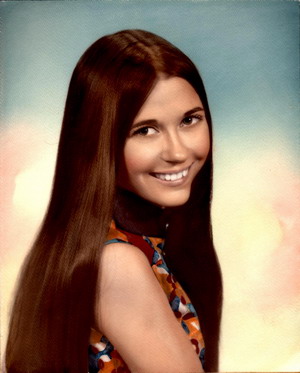 When I turned around I was looking into the big brown eyes of the prettiest girl I’d ever seen.

“You just under-charged that guy by a nickel.  If you do that very often, your register will be off at the end of the day.  That’ll get you in trouble,” she said quietly.

“Oh, I’m sorry,” I replied.  Then I reached into my pocket, pulled out five pennies and put them in the register.

“You didn’t have to do that!” she said with a laugh.  “They don’t get excited unless you’re more than a dollar or two off.”  Then she quickly turned and walked back to her register.

Did you ever notice how girls use their hair to flirt?  She had her long brown hair tied in a pony tail and when she turned it swayed back and forth as she walked away.  If I close my eyes for a second, I can still see that image and I still get that same butterfly feeling in my stomach.

When it came to ranking girls for the purpose of dating, I had a two tier system.  Girls were either ranked as “out of my league” or “I wonder if she’s free on Friday.”  This girl absolutely fell into the first category so I took a deep breath, sighed and went back to work.  The next day I moved on to another spot in the park and became very familiar with the business side of a hamburger grill.

That summer, I shared a doom room with six other guys.  It was located on the second floor in one of the midway buildings and, for reasons that I won’t detail, it was called “the rat nest.”  We took turns sleeping.  Two of us were awake at any given time with loaded slingshots ready to defend against unwanted intrusions.

About a week after I started, I was doing guard duty with Rock and during a lull he said, “Linda Candy Apple was asking about you today.”

“Who is Linda Candy Apple?” I asked.

“She’s that short little girl who was working the register next to you on your first day,” he answered.

“The one with the long pony tail and big brown eyes?” I asked as my pulse rate cranked up.

“She just asked what your name was.”

“DUCK!”  Rock said as he took aim and let a pellet fly at a gray shape climbing up the bed post three beds down.  “But what?”

“Nothing.” I replied as I went back into surveillance mode.  We were quiet most of the rest of our watch.  Fortunately, that was only another hour or so.  My mind was wandering a bit after what Rock had said and I missed a couple of easy shots.

The next day during my lunch break, I happened to pass by the candy apple stand.  Linda was there busily spearing apples with popsicle sticks and dipping them in a giant vat of melted red candy coating.  The park was slow that day and there weren’t any customers in line, so I stepped up to the counter.

“Well hello,” she answered as she looked up.  “I was wondering how long it would take for you to stop by.”

“Why’s that?” I asked with the understanding that in less than ten seconds she had assumed alpha status in our relationship.

“Because I make the best caramel apples in the park and you look like a guy who appreciates a good caramel apple.”

How does a guy answer a line like that?  I certainly had no idea, so I simply nodded my head, flashed my best smile and gave her a quick wink.

She picked up a freshly skewered apple, moved to a another vat filled with melted caramel, dipped it, and then rolled it in a pan filled with chopped peanuts.  She started to hand it to me, but hesitated.  She turned back to the vat and gave the apple another coating of caramel, deftly turning and twisting it to make sure that none of the coating dripped off.

“Some customers get an extra treat,” she said as she handed the apple to me.

I reached into my pocket to get the money to pay, but she waved her hand.

“Thanks.  Umm, what are you doing after work tonight?” I asked.

“Would you like to go get something to eat?”

Linda’s friends cautioned her not to date me.  In that one week or so before I stopped by the apple stand, I had worked hard to earn a reputation as something of a bad boy.  She ignored them.  Maybe she liked a challenge or maybe she just saw through me.  Whatever the reason, for the rest of the summer, we spent nearly every free minute with each other.  There were long walks around the park after closing, parties on the beach, bonfires with friends and quiet times sitting on the idled amusement rides at midnight.  That was, simply put, the best summer of my life, a distinction it will likely never lose.

At the end of the season, Linda went back to Edinboro College and I started at Pitt.  Each weekend, I hitchhiked to see her and on December 22, 1973, during Christmas break, we were married by a justice of the peace in his office over a Harley-Davidson shop.

Forty-eight years comes and goes in a heartbeat, but they’ve been forty-eight good years.  As I look back though, there is one curiosity.  In that time, I’ve gotten older, fatter, grayer, balder and more wrinkled. 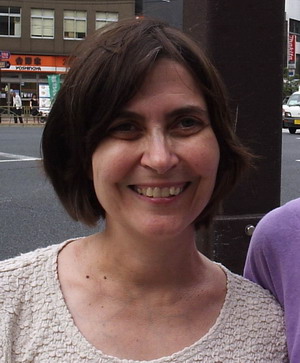 But, when I look at Linda, she hasn’t changed at all.  Well, I suppose her hair is a little shorter.  Hmm, I wonder what her secret is?

18 responses to “It All Started With A Caramel Apple”