For her birthday this year, Linda wanted either new maps for her TomTom GPS or a new GPS. Apparently she was tired of being sent down one way streets or being told that she was driving through a cow pasture when she pulled up to someone’s house. I have trouble empathizing with her on that. I never use a GPS. Being male, I fall back on my genetic ability to always know where I am.   That’s a left over trait from the hunter-gatherer, Paleolithic roots which most modern men still have in full measure.

Some folks question why Cro-magnon men would have developed that skill while the women were left to blindly follow existing paths through the forest, but I think that the reason is quite apparent. Cavemen went foraging in the fields and woods for food while cavewomen stayed home to tend to the children, cook yesterday’s catch/harvest and sew up new clothing. The men who went out had two choices: find their way home or stay lost. The ones who picked lost probably didn’t pass on much genetic material to the next generation. Mystery solved. But, back to my story.

While I prefer to use solar positioning, the location of moss on trees, which side of my finger dries fastest in a breeze and the location of the nearest Dairy Queen to determine the route to my destination, Linda relies more on things like route numbers, street names and road signs to get from point A to point B. I’m OK with that; we all have our special challenges. Her GPS was several years old and both the screen and battery had seen better days, so a new GPS it was.

Like most men, I have an inborn affinity for all things electronic. This is another leftover trait from our Paleolithic roots. Cavemen were often hit with lightning as they walked across open fields during thunderstorms while carrying long spears. Those that survived learned to worship electricity. The result is that shopping for something that uses electricity borders on being a sacred task to us. It took me three weeks to find the perfect birthday GPS.

So, what’s the first thing Linda says when she opens it up? She said, “That’s cute.”

Cute! If NASA would have had this puppy in the sixties, we’d have been on the moon two years earlier. But that’s alright. I get the fact that electronics per se isn’t what trips her trigger. Like most women, Linda expects her electronics to be simple and useful.

So, I spent a few hours familiarizing myself with all of the features of my…ur… Linda’s new device. During the setup I downloaded a variety of additional voices for the GPS. Voices are a big thing for Linda. She likes to have a close personal relationship with her automotive companions. Her TomTom gave directions in the voice of an English girl whom Linda called Cathy. Cathy’s speech was impeccable, but she did get a little miffed if you ignored her instructions. Linda had taken to telling her to shut up on a regular basis, especially as her maps got less and less accurate. I thought that it was time for a change with the Garmin, so I picked the voice of an Irish girl and named her Melissa.

This weekend we went to South Carolina to watch my granddaughter Ashlyn dance in her spring recital. I told Linda that I knew how to get to the auditorium, but she insisted that we needed to take Melissa along, “just in case.” Sigh, women have no faith when it comes to men finding their way to a destination.

Fans are important, but why do they ALL want to have a photo with me?

Ashlyn was fabulous by the way and she had hundreds of adoring fans clamoring for a selfie with her after the performance. Well, at least that’s the way I remember it. But, back to Melissa.

Despite the fact that I needed no assistance, I had her operational for the entire trip and she performed flawlessly. I did notice that her speech sounded more synthetic than Cathy’s and I had a few problems with her vocabulary.   For example, it took me a while to get comfortable with her referring to an “on-ramp” as a “slip road.” But overall I was impressed.   Not once did she question my intelligence when I ignored her instructions. Like a good girl, she just accepted my alpha status and silently recalculated the route.

But, after a bit, I realized that something was missing. Along with losing Cathy’s testy personality, we also lost some of her cockney charm. Cathy was almost a person. Melissa, as she is now, is a little too much computer for me and I’m going to have to work on that.

There’s an advantage to being a gear head. With a little tweak here a few bits there, I’m sure that I can morph sweet little Melissa into someone Linda and I will both be comfortable calling a member of our mobile family. I’m shooting for a cross between the operating system that Scarlett Johansson played in “Her” and Kayley Cuoco’s character, Penny, in the Big Bang Theory. That and an adorable Irish accent ought to complete the package.

The thing is, if I do it right, she’ll be an awful lot like Linda. That means I’ll have to deal with the same comments in the car that I get when I’m home. That’ll take some getting used to.

Now if you’ll excuse me, I think I’m going to go get a bowl of ice cream for a snack. I’m going to need the calories. After Linda reads this post, I’ll be running for a long, long time.

P.S.  Ashlyn has more than a bit of Irish in her.  I think she and Melissa are going to be good friends! 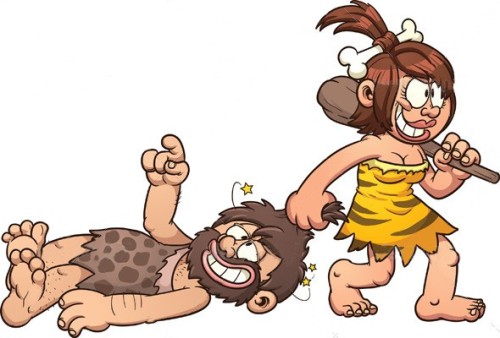 This is the last time I’m dragging you home after you get lost. You have to start stopping to ask for directions.