Maybe you CAN get a free lunch!

Final update 1/29/12 –  All good things must come to an end.  The free Chara’s Promise promotion will be ending in about two hours, so where it is now is pretty much where it’s going to be.  In the Science Fiction Adventure genre, the book topped out at:

Thanks everyone for downloading the book.  I didn’t make my goals, but it was still a fun ride.  Maybe I’ll do it again with Providence when I publish it in a few months.

I have one last favor to ask.  Several thousand readers have either bought Chara’s Promise or downloaded it for free. but no one has posted a review.  After you’ve read the book, please review it on Amazon or, if you’re a member,  Goodreads.  I really don’t care if the review is good, bad or indifferent, I’d just like to see some reviews.   If you can spare a few minutes to write one, it would be great.

UPDATE 1/27/13 – The FREE eBOOK promo is doing well on Amazon, but it doesn’t look like I’m going to hit my goal after two days (unless 8000 people are waiting to “snipe” the free book in the last minute).  So I’m going all in and extending the promo for the last two days that I have available.  The promo will keep going until midnight on Tuesday.  Come on USA!  We’re losing to everyone except Italy, Spain and Brazil.  Go Japan!  You’re leading the pack!!!!

Well folks, for those of you who have been waiting for the deal of the century, here it is.  For two days, beginning at 12:00 AM on Saturday.  Chara’s Promise will be available for FREE at Amazon!   All you have to do is click the link to the right or go to Amazon.com to get the ebook. 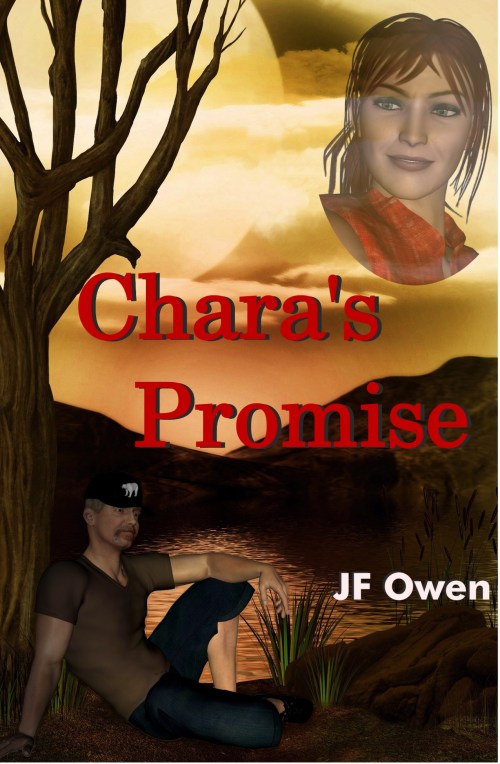 I have two goals for this weekend:

If you or your friends don’t have a Kindle, there’s no problem.  Amazon has free apps for iPad, iPhone, Android, Windows and Mac.  If your computer or device understands the word “byte”, Amazon has a free app that’ll let you read Chara’s Promise.

So far, about 1300 enlightened readers have bought or downloaded my novel.  Twenty years from now they’ll be able say that they were on the cutting edge.  (OK, that’s a little over the top, but give me a break.  I just drank two Mountain Dews and ate a Snickers bar.  I’m on a sugar and caffeine high.)

At any rate, enjoy the free book.  As I’ve said before, I write because it’s fun, not to get rich.  What do you have to lose?  If you don’t like the book, “delete” is only a couple of keystrokes away.

Side note:  In response to Lizzie’s comment on the “Ask a Question” page, if anyone can provide incontrovertible evidence that they got Joss Whedon to read my novel, I’ll buy them a really great pizza. 🙂

Filed under Why did I do that

5 responses to “Maybe you CAN get a free lunch!”